After capitalism, what comes next? For a start, ethics 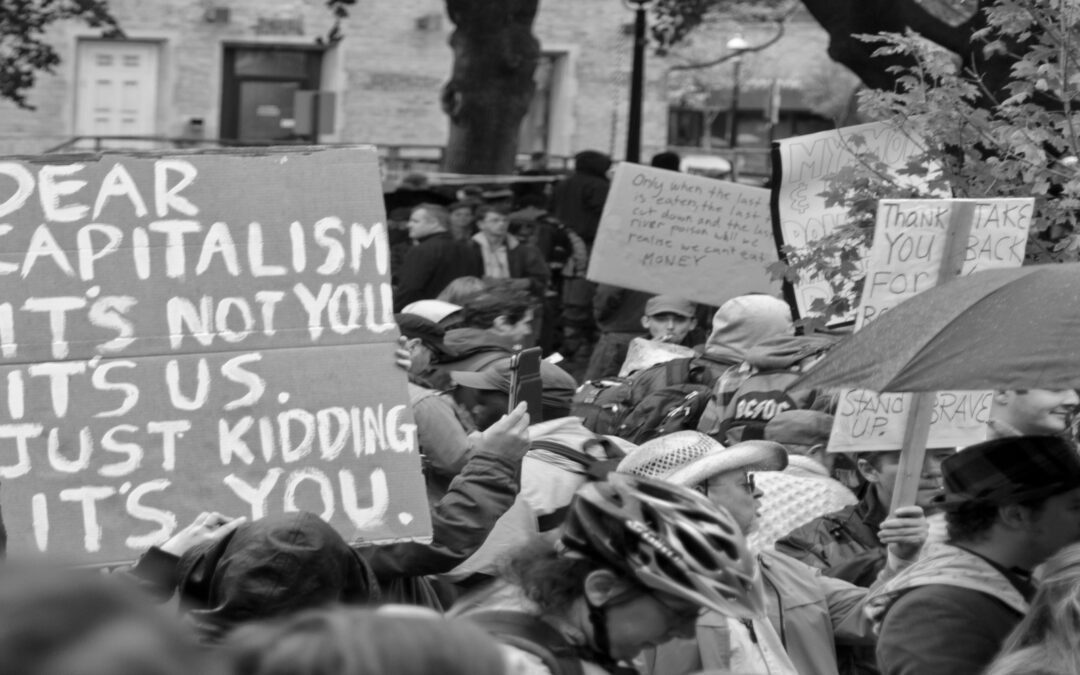 If the comments generated by the recent publication of excerpts from Paul Mason’s forthcoming book, Postcapitalism: A Guide to Our Future, are anything to go by, its release at the end of the month should kick up a storm.

Mason’s book is about a seismic economic shift already underway, one that is as profound as the transformation from feudalism to capitalism. In the excerpts, Mason observes that:

… whole swaths of economic life are beginning to move to a different rhythm.

The shift is evidenced by developments such as collaborative production and the sharing economy. Mason attributes this economic transformation to advances in information technology, particularly the global networks of people and ideas that are now possible.

Such large-scale pronouncements inevitably generate an equally strong pushback, albeit in very different ways. For example, some comments on the published excerpts align with Fredric Jameson’s observation that sometimes for the Left:

For those of us who research and practise in the area of what might be called “diverse economies”, Mason’s provocations are welcome. They help to shed light on the array of economic activities that are usually ignored in discussions about economics and they provide an opportunity to debate our economic future.

Enabling but not guaranteeing a better future

Mason’s is a technologically focused vision of transformation. Information technology provides both the catalyst and the means for transitioning from capitalism to a new post-capitalist world. This world will be characterised by “a new way of living” and “new values and behaviours” as unrecognisable to us today as the gritty world of belching factories and waged work would have been to the landed gentry and tenant farmers of pre-industrial Europe.

But there is one important difference between Mason’s post-capitalism and the capitalist and feudal systems that preceded it. The reshaped economic system will, according to Mason, offer hitherto unrealised economic freedoms and liberties with:

… the whole of human intelligence one thumb-swipe away.

There is no doubt that information technology is transforming the lives we can now lead. But technology does not in and of itself guarantee a better future. The much-vaunted “successes” of the sharing economy do not necessarily improve the precarious and exploitative working conditions of those who sign up. For instance, drivers are finding this with Uber, the app-based ride-service that is networked across 58 countries and had, in December 2014, an estimated value of US$41 billion.

Where information technology is generating better futures it seems to rest on explicit ethical commitments that are developed independent of online apps and cyber networks.

For example, in Japan, Fureai Kippu (literally “ticket for a caring relationship”) is based on a commitment to caring for the elderly. Volunteers earn “time credits” by providing care to elderly people. They can transfer these credits to relatives or friends who need care, or they can save the credits for their own future use.

Fureai Kippu emerged in the 1980s, building on a tradition of volunteerism and reciprocal assistance. Technological advances have enabled the network to spread geographically. There are now schemes in London, Los Angeles and Switzerland, and credits earned in these locations can be transferred to relatives or friends elsewhere, including Japan.

Technology is augmenting relations of care for others. Technology does not bring these relations into being.

The ethics of the new economies

In our research on the diverse economic practices that exist outside the purview of mainstream economics, we find people are forging new types of economies around six ethical concerns:

For us, these are the different rhythms around which new forms of economic life are taking shape. Like Mason we see these new forms as the building blocks of a “post-capitalist” world (as we wrote about almost ten years ago in A Postcapitalist Politics). Unlike Mason, we see innovations in information technology and networking as supporting rather than driving the economic changes that will be needed.

Our route to post-capitalism foregrounds the ethical dimensions of economic life, and how technologies and regimes of governance might:

Mason rightly points out that post-capitalism calls forth new types of human beings. He looks to:

… young people all over the world breaking down 20th-century barriers around sexuality, work, creativity and the self.

While we too welcome the widespread acceptance of transformations that feminist and queer politics initiated, there is a worrying undertone of hyper-individualism and libertarianism if we limit ourselves to these examples.

We find glimpses of post-capitalist subjects on a wider canvas of how people are transforming the ways they take responsibility for other humans and “earth others” (or what Pope Francis calls our common home). Think, for example, of the workers in Argentina who, after recovering rundown factories in the 2000s, said things such as:

We find glimpses in how the people of Norway manage their sovereign wealth fund by foregrounding the well-being of future generations. As one Norwegian economist explained:

We cannot spend this money now; it would be stealing from future generations.

Instead funds are invested for the future and increasingly in investments, such as clean-energy technologies, that will also benefit environmental futures.

Technology and networks in themselves are not liberation. But they can serve to sensitise us to the indivisible nature of people and planet, and to amplify our capacities to empathise, work together and find a way forward on a planet that is damaged, but not beyond repair. In our view, this is the post-capitalism our present circumstances require.