Is China the potential driver of a new wave of globalisation? 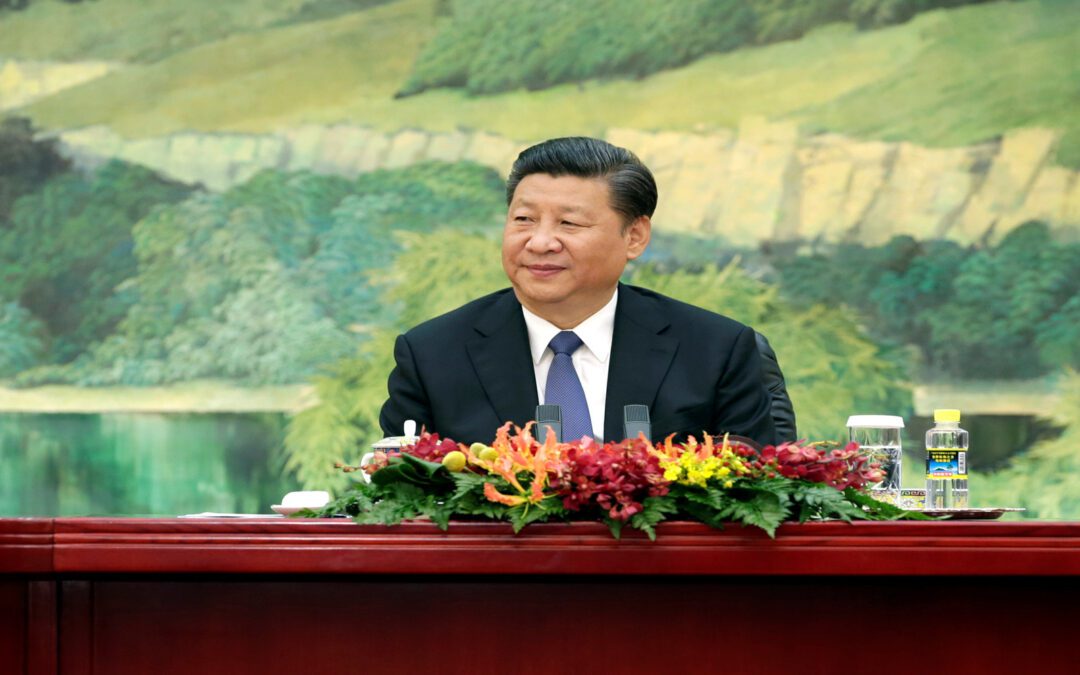 The final part of our series Globalisation Under Pressure considers how China is trying to take a leading role in continued global integration with its Belt and Road Initiative, and the obstacles it faces.

Since the 2008 global financial crisis – and with a particular impetus after Xi Jinping became president in 2012 – China’s foreign policy has been characterised by a departure from a “keeping a low profile” approach to one of “striving for achievement”.

Putting to use its economic, political and symbolic capital in global affairs, China has developed diplomatic thinking and practice that’s not just concerned with short-term economic benefit. Rather, it has focused on the long-term impact of its actions on both the outlook of the world system and the country’s position in it.

One of the ways China is seeking to achieve this is through the Belt and Road Initiative (BRI), also known as the 21st-century Silk Road.

Formally announced in 2013, the BRI brings together a number of pre-existing as well as novel elements to provide a strong link between China’s domestic imperatives and its global orientation. It has thus become a focal point for the country’s resources, institutions and ideas.

The BRI is a concept with Chinese features; it is characterised by incrementalism, inductive thinking, and experimentation. It is not a uniform project, as different legs and sections of it differ from each other considerably – it includes a major China-Pakistan Economic Corridor, which has a notable developmental component, for instance, and buying and operating ports in developed countries such as Greece.

The BRI Forum in Beijing on May 14-15 gathered together dozens of heads of states and many more representatives of governments around the world.

Although initially announced as having a specific geographic focus on Asia, Europe and parts of Africa, it is now clear that the BRI is a truly global initiative, as it aims also to involve the Americas and Oceania.

In the last four decades, China has risen economically by integrating itself in the global economy and gradually upgrading its position in the world. The country’s economic development would have not been possible without the growth of others.

Today, China is not only the second-largest economy (poised to overtake the US in the near future), but also the engine of the world economy. It is central to global economic growth.

It is thus expected that China will assume a more significant role in shaping the future of the global economy. And the BRI is one way it will do this.

One of the main concepts that defines China’s approach is production capacity cooperation – best described as the pooling together of resources to meet each other’s needs. The goal of this is to contribute to strengthening trade routes and supply chains, and to ensure sustainable flows of goods and services.

The initiative is a global plan that exceeds all previous such plans; it is seven times larger than the post-second world war US Marshall Plan.

In developing the BRI, Chinese policymakers have drawn on the country’s own experience of developing by “reform and opening up” and the evolving ideology of the Communist Party of China (CPC).

Most significantly, the BRI invokes the central tenets of present-day Sinified Marxism: the state is the most responsible actor for bringing about prosperity, and the market is the main instrument through which this can be achieved.

To describe this complex state-market nexus in China, developmental sociologists Alvin Y. So and Yin-Wah Chu propose the purposefully self-contradicting term “state neoliberalism” as opposed to the Western-style “market neoliberalism”.

It posits that the party-state needs to be powerful and politically stable in order to be able to act decisively in fine-tuning (both advancing and reversing) market flows, the scope and intensity of regulation, and to create exceptions (such as free economic zones).

The state is also in charge of stimulating innovation (a key to economic growth), which is strongly emphasised in the BRI. This way of governance allows the state to integrate itself in global neoliberalism, while also developing a particular neoliberal governmentality or rather political technology built into the web of laws, policies and official discourses.

In the debate on bringing the state back in the economy, the example of China (and the so-called China Model) is often cited as a challenge to the Western model. Nobel laureate Joseph Stiglitz has called the rise of China a “wake-up call” in terms of how we think of the global economy.

Chinese policymakers have used this to acquire soft power and boost their legitimacy.

Inevitably, the notion of a strong state that seeks political stability has opened debates on the effects of China’s BRI on democracy worldwide.

But in the same process, Chinese policymakers and scholars have argued against the promotion of universal blueprints, repeatedly emphasising the impossibility of replicating China’s experience. They have called for all nations to exercise their sovereignty in deciding on what model of development is most applicable to their own circumstances.

While not interfering in each other’s affairs is the core principle of China’s global involvement, its leaders do, however, frequently espouse a vision of how relations between nations should develop. Under Xi Jinping, this guiding concept has been the “community of shared future for mankind”, which emphasises mutual respect and cooperation. This has been built into all Chinese foreign initiatives, including the BRI.

This is why Chinese policymakers and scholars argue that the BRI is not just a Chinese initiative, but is jointly “owned” by all participating countries.

The idea of a shared future, or “common destiny” as it is often called, is why the BRI is frequently called a blueprint for a different version of economic globalisation. Development scholars have also used the idea of “inclusive globalisation”, a term previously – less successfully – promoted by former UN secretary-general Kofi Annan.

In essence, the BRI aims to address the need not only for a more equitable global economy – or, to cite from the official documents, it aims for “jointly creating an open, inclusive and balanced regional economic cooperation architecture that benefits all”. This echoes the principle of solidarity and cooperation with developing countries, particularly in the Global South, which has been central to China’s foreign policy since its foundation in 1949.

Today, there is an added dimension to this, inspired primarily by the rise of new protectionist and economic nationalist forces, best embodied by US President Donald Trump. At a time of growing doubt about global capitalism, the BRI is a way for China and the world to ensure there are no major reversals.

But the BRI rests on three defining contradictions. While it is an effort to capitalise on the four decades of growth and China’s newfound clout, it is also an attempt to provide the necessary impetus for a new round of reform and opening up, which the country desperately needs.

While it is an attempt to combat economic nationalism, it also works towards maintaining – and strengthening – the supremacy of the nation-state. And while it is bringing back the state in the economy, it aims to safeguard and advance global markets and free trade.

The outcome of the BRI as a vehicle of a new type of globalisation, therefore, cannot be framed in absolute terms. Nor it will be clear-cut. But it does have the potential to greatly affect the trajectory of the global order as a whole, as well as the trajectories of particular regions and countries, and the way we think about the world.

To properly gauge the potential of the BRI, we need to go back to one of the core statements made by Chinese policymakers – the BRI is intended to be a global, shared project, whose success will depend not only on China’s resolve, but also on the interest and response of others.

And while China has so far secured the support of a number of governments around the world, the recent forum in Beijing also unveiled some obstacles to its future advancement.

First, the notable absence of China’s neighbour and partner within the BRICS grouping, India, showed that China has yet to overcome border conflicts with its neighbourhood.

Second, a sceptical European Union (EU) – a strategic partner of China – has backed away from the statement on trade. It has also restated its firm position on issues such as transparency and reciprocity that have traditionally been a challenge for EU-China relations.

India and the EU are two actors that are particularly relevant for the BRI. Given how much China has invested so far in the initiative, and the extent to which the legacy of Xi Jinping – and the Communist Party – rests on the new global plan, making them more accepting of China’s vision is the new imperative for Beijing.