Results from the first global brain wave measurement show power, not money, is the new religion 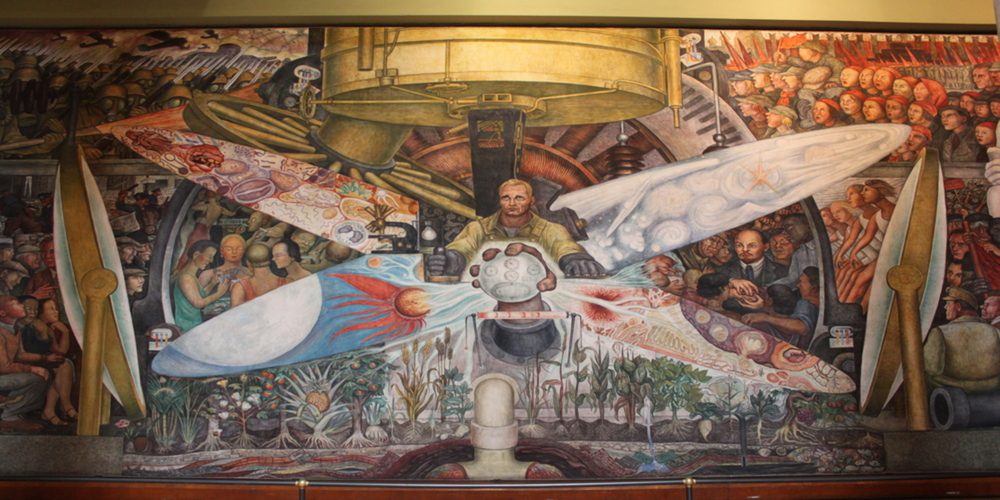 Modern societies are usually defined as relatively unreligious, dominated by money and power rather than belief in gods. This idea marks them out as modern when compared to traditional societies as well as highlighting the many issues of modernity including capitalism, growth, overproduction and climate change.

But why are we so sure that secularisation and the dominance of politics and economy are in the DNA of modern societies? Our answer to this question defines and confines our problem-solving ability.

A recent article in the journal Futures shows that most strategic management tools and models of the future have a strong bias towards politics, economy and science, thus systematically neglecting religion, law, art, or education.

Given this bias is unconscious and unjustified, we risk constantly looking at right solutions to wrong problems.

In a May 2017 study published in Technological Forecasting and Social Change, we investigated the idea of secularised, politicised, and economy-focused modern societies.

We undertook big data research on the digital database created by the Google Books project, which has scanned and digitised over 25 million of the estimated 130 million books ever published worldwide.

To systematically screen this huge collection of text, we used the Google Books Ngram Viewer, a free online graphing tool that charts annual word counts as found in the Google Books project. The Ngram Viewer comes with an intuitive interface where users can enter keywords, choose the sample period, define the desired language area, and modulate the shape of the graphical output.

One of our challenges was to find the right keywords. For this, we used an open source tool by Jan Berkel.

The result was a list of the 10,000 most frequently used words and strings in books published between 1800 and 2000. This period covers a considerable proportion of the era commonly referred to as modernity and is regarded as reliable data by Google.

We repeated the procedure until we had compiled one list each for English, Spanish, Russian, French, German, and Italian. We then screened the word frequency lists for terms that make unambiguous and distinct keywords. Money or God make good examples of such keywords, whereas we omitted terms such as tax or constitution as they refer to both politics and economy or law.

Finally, we entered stacks of the five most frequent religious, political, economic, and other pertinent keywords to run comparative analyses of word frequency time-series plots as displayed by the Google Ngram Viewer.

The figure below shows word frequencies of combined religious, political, economic, scientific, and mass media-related keywords in the English-language Google Books corpus between 1800 and 2000.

Since we analysed a considerable proportion of humanity’s collective memory between 1800 and 2000, and since the outcomes of our research resemble classical electroencephalography (EEG) recordings (see figure), we also linked our research into the global brain discourse.

The basic idea here is that the worldwide network of information and communication technology acts as the global brain of planet earth. In this sense, our electroencephalographic big data internet research is the first example of a global brain wave measurement, which was heralded by Peter Russell in his 1982 book The Global Brain.

Secularisation, much politics, and no capitalism

Looking at the global brain wave recordings (figure below), we find that our method performs well in capturing the expected decline of religion (orange line), which, by the way, is less significant in Spanish and Italian.

The chart for English language shows notable interactions between the two world wars and the significance of politics (blue line), and we find similar interactions in other areas, too.

In the Russian segment, the importance of politics is considerably increased during the (post-) October Revolution period and even more dramatically so in the context of the second world war.

In the French case, the years around the first world war see a steep rise in the importance of politics, whereas the interaction during the second world war is much more moderate. The German data follow a similar pattern as the French, but exhibit the dramatic rise of politics in the post-second world war era, peaking at around 1970.

The rise of the importance of the mass media corresponds to the timeline of the information age (green line). What we do not see, however, is the dominant position of economy (purple line) in modern societies. There is a short period between 1910 and 1950 where economy was second to a much stronger politics.

This image of a war economy is the closest approximation to a capitalist situation to be found in the English segment, in which the economy is outperformed by science (red line) soon after the second world war and by mass media in the 1990s, ranking fourth at the end of the sample period.

There’s no sign of the golden age of capitalism in the 19th century either, as narratives of the Industrial Revolution would lead us to believe.

The charts for the other languages also do not support the idea of modern societies as being capitalist or otherwise dominated by the economy. The only exception is the French segment, where economy has been second again to a much stronger politics since the end of the second world war.

Economy ranks third in the Russian segment only from the late 1950s to the 1990s and in the German segment not before the 1970s, and well below par in the Spanish and Italian segments.

Our big data research hence suggests that modern societies are heavily politicised; most investigated societies are clearly secularized, with reservations applying to the societies where Spanish and Italian are spoken; and that science plays a remarkable role, ranking second in the English-, Russian-, and German-language areas in the second half of the 20th century.

None of the investigated societies is dominated by the economy, with the minor reservation discussed above applying only to French. Even this finding reflects only the idea of capitalism as an economy-based political ideology, not the idea of the primacy of the economy.

The major finding of our research is that political power rather than economy has dethroned religious faith as the dominant guiding principle between 1800 and 2000.

Our data definitely suggests that, despite all contradicting ideologies or habits of mind, the economy is of only moderate importance to modern societies. This implies that, in the future, we may wish to think twice before we continue to label our societies as money-driven, economy-biased, or simply capitalist.

One major shortcoming of our research is that it focused only on books. But this focus is adequate as the ideas of capitalism and the primacy of economy have been developed precisely in the books we investigated.

The idea that the definitions of modern societies as capitalist or economy-dominated are probably rooted in misconceptions rather than modern scientific worldviews may be counter-intuitive or even shocking for both capitalists and anti-capitalists.

But once we take it seriously, it clearly expands our vision of realistic alternatives to capitalism, including alternatives for degrowth, post-growth, or other forms of growth.

Acknowledgement: Our research was first presented at 2016 City University of Hong Kong Workshop on Computational Approaches to Big Data in the Social Sciences and Humanities. I am grateful to Jonathan Zhu and the entire team of the Web Mining Lab at the CityU Department of Media and Communication for the invitation to Hong Kong as well as for valuable feedback.